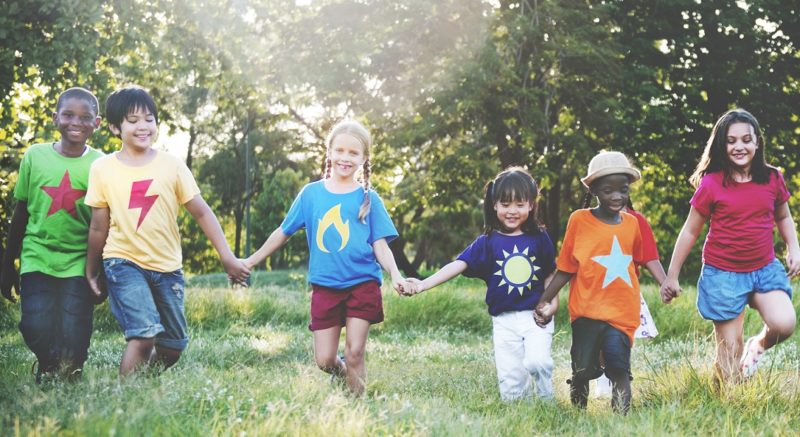 Kids love treasure hunts – doesn’t matter if you play them at birthday parties or just for fun. It’s almost impossible to have a bad time with a scavenger hunt. Like my Italian friend Paola says about pizza: “Even a bad pizza makes a good dinner.”

Here are 4 reasons why you should create a scavenger hunt for kids: 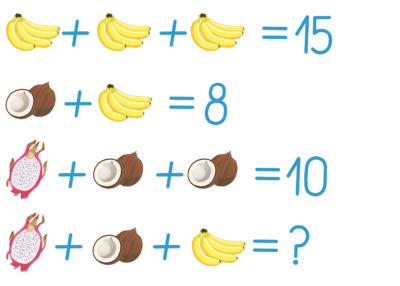 Before you start creating riddles and clues, take a moment to think about what the treasure hunt should look like. Maybe you need to make some special adjustments to your scavenger hunt, or perhaps you want to organize a full theme party?

#1 What style should the hunt be – scavenger hunt or treasure hunt?

Technically, there’s a slight difference between a scavenger hunt and a treasure hunt but there are many hybrid versions which combine the best features of both.

A treasure hunt leads you step by step towards a treasure chest, while in a scavenger hunt you receive a complete list of riddles or clues in the beginning.

Do you want to do a step-by-step treasure hunt with the hidden treasure as the finale? Or do you want to give the kids a list with tasks that they have to complete?

But don’t worry, we’re here to help you create both – you can use all the information on this page for both kinds of games.

#2 How many kids take part in a treasure hunt?

Before you start working on your treasure hunt, you should know roughly how many kids will participate. Depending on the numbers, it might be better to make teams.

Up to 7 kids can play well in one group. However, if you want to have 8 or more children take part, then it’s best to split the group up with 4 kids on each team.

The easiest way to create a scavenger hunt for groups is to create each riddle twice and hide it in a different location.

If you select the teams yourself, make sure both groups are equally strong.

Here’s a little game that works really well: Ask the kids to line up from the smallest on the left side to tallest on the right. You can walk from left to right, give each kid the number 1 or 2 and all kids who got a 1 are on one team and the children with the number 2 are on the other.

#3 How long should a treasure hunt for kids last?

The length of the scavenger hunt depends on the age of the kids and the amount of time you want to spend playing. Small children can’t concentrate as long. They get tired easily – and then they get cranky. 40-60 minutes is a good amount of time, allowing for about 6 clues or riddles.

If you have older kids you can make the scavenger hunt up to 90 minutes long. Create 2-4 additional riddles for them.

#4 How do I keep the treasure hunt safe?

The adults supervising the kids in the scavenger hunt have an important role in keeping the kids safe. One adult should accompany the kids and watch out for potential dangers. Rule #1 is safety, don’t risk anybody’s wellbeing! The adult should:

But the adults should also make sure that the game is fair, the teams are as equal as possible, and most importantly, make sure all the kids have a good time. Some ways to guarantee this are:

#5 Do you want to make a themed (birthday) party?

It is very easy to create a themed scavenger hunt. Some of the classic themes are pirate and princess treasure hunts, but you can also choose a wild-west or wizard-school setting. Everything that makes kids happy is allowed.

For some themes it’s important to include both boys and girls. If you’re doing a pirate treasure hunt (or even a pirate birthday party) then think about how you can include the girls. Maybe you can create a strong female character. For example, a group of fearless pirate-women so that girls feel included too!

Riddles and clues are the heart of a treasure hunt. Choose them with care, keeping the age of the kids in mind. This is no easy task, especially if you plan on making the hunt for a group of various ages.

Kids that are still in kindergarten can perfectly solve easy counting and drawing riddles, whereas kids in school can also do some math and decrypt secret languages.

Don’t underestimate the abilities of teens! They need tricky riddles, like matchstick puzzles.

If you see a riddle is too difficult for the group, give some hints to keep the treasure hunt going. 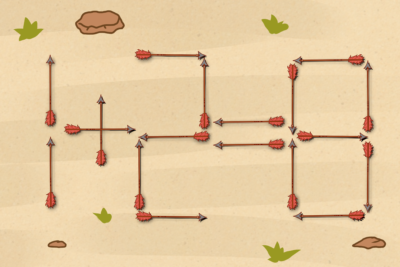 Our favorite riddle in a park:

Go to a park or a forest, especially one that has really old trees. Ask the kids to find the widest tree. Now ask: “How many kids holding hands does it take to hug the whole tree?”

You’ll be surprised how many trees will get a hug 🙂

It’s important to include every single kid in the treasure hunt. The best way to achieve this? Team games, of course! Include games that get the kids to bond and work together. Children (and teens) can learn to communicate and solve tasks as a team.

Our idea for a pirate treasure hunt: “The sinking pirate ship”

Place a carpet or a big tarp on the ground. This is the pirate’s ship and all around is the roiling ocean! All kids must be on the ship. If you fall in the water you have 5 seconds to get back onboard! But the ship is sinking…so the moment the kids succeed, fold the tarp in half and start over. Repeat this as many times as possible, while encouraging the kids to help each other the whole time.

How to choose the hiding places?

If the kids are highly energetic, it’s a good idea to keep a big distance between the hiding places. The place you describe doesn’t have to be concrete but can also be an area where the next treasure hunt clue is hidden.

If you say: “The next riddle is hidden under a tree”, then the kids will search every tree in sight. This means all the kids (not just the fast ones) have a chance to find the next clue.

Every time you hide a clue, keep the safety of the kids in mind. Don’t hide clues close to roads, train tracks, or other dangerous places. Also avoid places kids can fall from (e.g. high up in the branches of a tree).

How to make a treasure for a hunt?

The treasure at the end is the goal of the scavenger hunt. While the hunt itself is fun, finding the treasure brings the players the most joy.

What should go in the treasure:

Traditionally, the treasure consists of sweets and chocolate, but also little presents. Coloring books or keychains are perfect for the kids.

Nothing like this in the house? Once we organized a spontaneous treasure hunt at a friend’s wedding. All the kids came together. Unfortunately, we didn’t have any candy or chocolate and we didn’t want to use the wedding cake as the treasure, so we found some fruit, cut it into pieces, and hid it. We weren’t sure if the kids would like apples and pears…but when the kids found the treasure we were really surprised how much they loved it! We were a little confused, but the kids would probably have loved anything we put in the chest.

The point is not the treasure itself, but finding it. That’s the magic moment.

Our tip: The moment the treasure is found, the kids sometimes start arguing. To avoid this, make the equal distribution of the treasure a task in and of itself. You have 6 kids playing? Then put 6 pieces of candy and 12 chocolate coins in the chest and ask the kids to share it equally. The children will do so, just to show off how well they can count.

(Thank you Bernd for the idea!)

How do I make the treasure chest?

Be creative and take some time, it’s really easy to make a treasure chest. The most convenient way is to use an old shoebox, paint it colorfully and turn it into a real chest.

If you lack the time, you can also hide the chest in a place like the washing machine or in a drawer that you have emptied out before the treasure hunt. 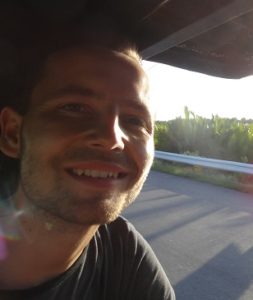 Howdy! My name is Richard and I want to help you create your own treasure hunt. I’ve worked as a youth instructor in New Zealand, Northern Ireland, and Germany, playing scavenger hunts with many kids. On this page, I’ll share my knowledge with you.

Scavenger Hunt Around The House

Bachelorette parties are a rare [...]